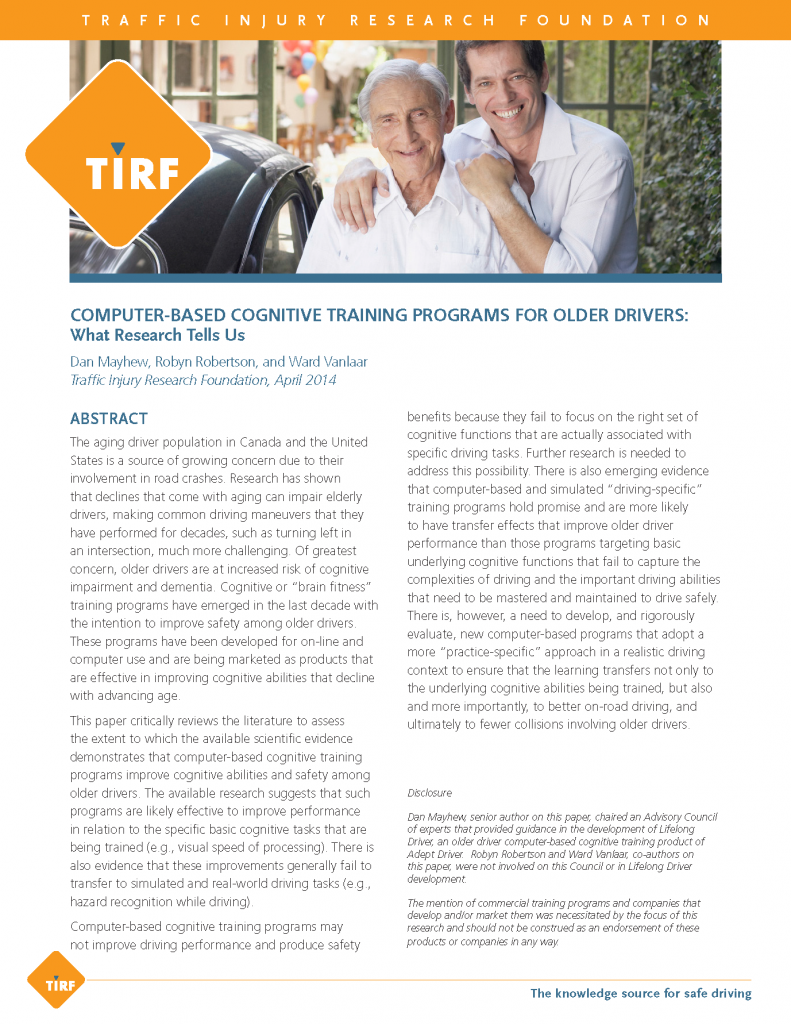 The aging driver population in Canada and the United States is a source of growing concern due to their involvement in road crashes. Research has shown that declines that come with aging can impair elderly drivers, making common driving maneuvers that they have performed for decades, such as turning left in an intersection, much more […]