The staff at the Traffic Injury Research Foundation USA, Inc. (TIRF USA) in collaboration with the professional team of TIRF (Canada) provides a unique blend of research and technical expertise, gained through decades of work in traffic safety.

The senior staff have over 80 years of experience in the field and are internationally recognized experts in research, program and policy development, evaluation, as well as knowledge transfer.

The combined TIRF staff possess expertise in relation to: 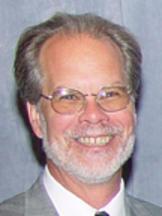 Carl Wicklund has over 47 years of experience in the corrections/human services field.

Most recently, he served as the Community Justice Division Director for Volunteers of America (VOA) – Minnesota. Previously, he was the Executive Director of the American Probation and Parole Association (APPA) for nearly two decades where he administered well over 100 grants and training and technical assistance projects, parole and services for victims of crime. He oversaw the development and delivery of numerous-face-to-face training and distance learning programs, research projects, creation of many guidebooks, and policy and practice advocacy endeavors. Earlier in his career, he served as the director of a three-county adult and juvenile probation and parole department as well as developed and managed a variety of community-based, private sector programs for juveniles and adults involved with the justice or social services systems. He was also a volunteer counselor at the Minneapolis Sexual Assault Crisis Center.

He has served or is serving on numerous locally, nationally and internationally oriented advisory and working groups that include representatives from various criminal and juvenile justice, public safety and social service organizations and agencies. He was the vice chair for eight years of the Global Justice Information Sharing Initiative Advisory Committee (consisting of 35 national organizations) which advised the U.S. Attorney General on cross domain information sharing and was a 10-year member of the Criminal Justice Information System Advisory Policy Board which advises the Director of the Federal Bureau of Investigation (FBI).